What Food Crisis Issues To Be Concerned About1

A Threatened Food Crisis Cause And Effect

I was reading some news the other day about the claim of some scientists that there is a food shortage on the way. I began to question: Is there a food crisis we should all be concerned about?

Well, in fact, there is a food shortage going on right now. It so happens that food shortages are more and more likely as the world’s needs continue to increase, and this will only be compounded by disruption from climate change. 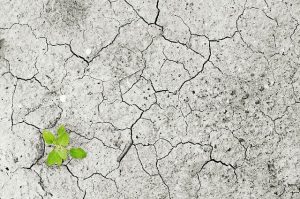 Yet simply increasing the amount of agricultural land is no solution. This is why making agriculture more productive is only part of the challenge

It’s not too surprising to hear that parts of India, and Southeast Asia, as well as parts of Africa, are currently suffering from food shortages.

Niger, Chad, Senegal, and the Middle East are just some of the places with ongoing, disastrous food crises.

But how about closer to home? In Venezuela sugar, oil, milk, and rice are just some of the goods that were hard to find recently. Venezuela has not been a stranger to food shortages for many years.

Looking north of that country, what about the country with the world’s leading economy?

the state of being without reliable access to a sufficient quantity of affordable, nutritious food.
“more than 800 million people live every day with hunger or food insecurity as their constant companion”
From Oxford

In 2019 11.1 percent of households in the U.S. were in a food crisis at least some times during the year and that includes 4.3 percent that had very low food security issues. That was 5.6 million households. 35 million adults, 16 million children.
And what is the main cause of food insecurity in the United States? Poverty and public policy. Insufficient income due to lay-offs or the inability to work adds to the struggle to regularly buy food is the leading cause of food insecurity. It prevents families from accessing adequate or healthy food.

Is There A Food Crisis In Europe?

Europe is not immune to a food crisis either.

In Spain, the economic crisis of 2012 led to massive looting of grocery stores to feed the hungry. In Greece, people have been trampled to death in the scuffle for food.

In developed countries, all over the world food insecurity ties in closely with unemployment and poverty, but it also relates to food availability and rising prices due to decreasing access to food sources.

One bad year can sometimes be all it takes to decrease availability. A bad year for corn, as in 2012, affects the prices not only on the price of corn.

It also affects the cost of seemingly unrelated foods such as meat and dairy, since most conventionally farmed animals are to a large extent corn-fed.

So what can you do to get by in a food crisis?

The answer is prepping or emergency preparedness.

Prepping For A Food Crisis

Much of the information that you will find for survivalists on surviving a food crisis will focus on prepping.

You are familiar with how prepping works, and prepping to deal with a food crisis does not differ much from prepping for any other disaster.

The main difference is that a food crisis may last longer. You must adapt your preps to deal with this, for example by moving into foods with a very long shelf-life.

One way of making your preps last longer in a food crisis is to prepare for bartering.

Store items either beyond what you might need, or that are high-value goods in a disaster: everything from dry snacks like fruit and nuts to alcohol and over-the-counter medications.

This excess can be used in a crisis by either selling or trading it for the kinds of fresh foods and supplies that you would like to have.

Some survivalists go as far as to buy gold and silver, or high-value gemstones, which they can sell when inflation and food prices go up.

Food Self Sufficiency And Food Security

A food crisis can last a long time, and there is no telling whether you could possibly prep for the entire duration of an extended shortage of post-apocalyptic scenarios.

Certainly, some food crises only last for a few months. Others, though, come with a long economic decline that will affect your ability to feed your family for years.

War is another one of these situations when a food crisis may affect the masses.

Lately, developed countries have had the luxury of going to war without anyone at home even noticing, but you only have to look back less than a century to WWII for a time when feeding a family was tough!

Start your own victory garden. Self-sufficiency, or near self-sufficiency with some trading, is the smartest way to get through a long-term food crisis.

If you are not ready to start and manage a garden today, there are special seeds for sale that will last for decades without losing their viability.

These can then be stored to be brought out when a food crisis passes a certain point where your stockpiles may not see you through.

However, even if you are not going to manage a garden today, you need to know how to propagate plants, keep pests away and collect seed.

These are not things you can put off until the day is here when you must dig into your seed packets!

In addition to growing your own food, you should learn how to store it. You will need the supplies for canning, or at least plans to build a solar dryer.

Defense During A Food Crisis

Last, but certainly not least, we have the unpleasant matter of self-defense.

It’s sad to say, but history, as well as current news stories, show all too clearly that our fellow humans will both panic and act violently in the face of hunger.

It is not enough to have the preps to survive or a victory garden to feed you. You must be able to protect your food source; otherwise, you may as well not have prepped one at all.

How to do this is up to you. You might have secured buildings, weapons, guard dogs, fences, moats or traps, but you will need to invest in a system that works for your site and situation.

You should also invest in defense skills to fight off foes.