Energy Solutions When Off The Grid

When the power goes down and you are off the grid nothing beats a generator for a home preparedness device. Gas it up and turn it on. Power a fridge and a couple of lights and you will be a happy homeowner while waiting for things to get back to normal.

Don’t forget to have gasoline on hand way before the crisis hits. Did I really have to write that?

Let’s look at tough but seemingly simple yet straightforward questions:

Can you REALLY power up your house in a crisis using only solar power?

Can it be DIY solar power?

Unfortunately, the answer is not quite as black and white as you or I would prefer.

Yes, no, and maybe. It really depends on your situation, and there are many factors. I’m sorry for the not too simple ‘to the point’ answer.

What Exactly Is DIY?

When a reader asks me if DIY anything really works, the first thing I have to figure out is: What does this person mean by DIY? 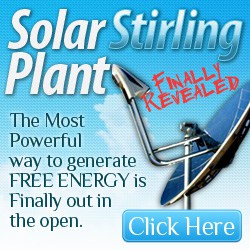 Yes, no doubt we all know or should know, that DIY is an acronym for “do it yourself,” but how much of “it” can be factory-made before the project stops being DIY?

One person might consider a complete store-bought system that you assemble on your own one kind of DIY solar power project.

Another person might not consider DIY solar power a DIY project unless the solar panels themselves are homemade from copper sheets.

What Kind Of Emergency Are We Talking About?

Another question that we must ask ourselves is: What kind of emergencies are we talking about here?

You might have read our previous post on emergency power and you are aware of the downsides of a solar system. The major one is that solar power only works if there is sunlight.

If your emergency is a massive storm or blizzard, not only will there not be any sunlight available, your solar panels might even be covered and essentially useless.

The way to get around this, assuming that the emergency is not terribly prolonged, is to run a solar system with a battery.

However, if DIY means making your own solar cells and only buying the raw material, chances are that you won’t have the battery backup system to handle it.

What Does It Mean To Power A House?

How much energy does it take to power your house? And do you expect to spend more or less energy in an emergency?

If you are assembling a store-bought system, then you are going to have to look at its size.

Now, if powering your house means running lights, a refrigerator, a washer/dryer, an electric cooking range and electric heating in a relatively small 3-bedroom house……you will have to produce at least 20,000 kWh per year.

Can you really AFFORD to power your house for that long with a solar system?

Homemade photovoltaic cells can and do produce electricity, but nowhere near as much as industrial cells. Chances are you don’t have the roof space to power your house on these copper sheet cells.

If by powering your house, however, you mean to provide you with enough energy to run some lights when necessary during the night, then there is no doubt that even a fairly basic solar system will do just fine!

For some spare change, you could build yourself a solar battery charger and power your flashlights. Same goes for a mobile phone charger.

But you would probably have to buy the solar panels to make it truly worth your while.

For anything in between, you are going to have to look at how much your system would produce under normal circumstances and compare it to your electric bill.

You can also compare the normal electric use of your most important appliances and add those together to calculate your need in an emergency.

A DIY set of the copper photovoltaic cell is not going to run appliances for you, though.

So, finally, could you power your house with DIY solar or not?

Sorry, the straight answer is NO, a homemade photovoltaic system is not going to power your house. It would be hard-pressed to produce energy for a single one of your appliances.

Homemade copper solar cells are simply not as efficient as the systems you can buy. There is also a risk that the emergency itself would render the system useless.

But, a home-assembled photovoltaic system could MAYBE power your house. However, you would have to think carefully about your energy use.

And a final answer: YES, a home-assembled photovoltaic system could power your house. But you would have to think long and hard about your energy use.

You would also have to install a battery for storing energy as it is produced so that the emergency itself does not render the whole solar system useless.

Most likely you would have to set up a system of redundancies.

On the one hand, you would want to produce more energy than you use so that some is always stored.

On the other hand, you want to make sure to minimize your energy use in a crisis to ensure that you can weather the storm even if it lasts longer than expected.

You might even want to have spare solar chargers to allow some less important appliances to be recharged outside of your usual system.