Bugging Out Precautions When Leaving Home0

Things To Avoid When Bugging Out

What would I do, what would you do if we had to leave home in a hurry? What are some bugging out precautions must we understand when leaving home in front of a natural disaster? 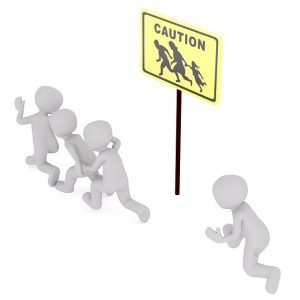 So what are bugging out precautions? Bugging out is a complex task that takes planning and preparation. It is even more complicated and dangerous if you’re taking off at the same time as thousands of other people, as in the case of a general evacuation from the path of a major hurricane or fire and flooding.

The definition of bugging out is according to Merriam-Webster is simply: to depart especially in a hurry. However, there is really nothing simple about actually doing it! You are going to need precautions.

What Bugging Out Means

If you want a successful bug-out, you not only have to think of what you are going to do but how everyone else out there—all those unprepared people—’how are they going to react’. What bugging out precautions did they take?

You might think that if you have your bug-out bag packed and a general idea of where you want to go, you are ready. Nothing could be farther from the truth. Oh, you might manage to get away from your home and maybe even to get out of town; but you probably won’t make it to your bug-out destination. You will either give up and end up stuck in the wrong place, or you just won’t survive.

People die almost every year trying to outrace that fire or incoming storm or flood.

You must think of this now before all hell breaks loose so you can develop your plan in such a way that you manage to avoid a lot of problems. In addition, you have to have alternate plans for just about everything you are going to do as things never seem to work out quite the way you want when you need to get from point A to point B in the quickest way possible.

Bugging Out And Relocating

So you decided it would be in your best interest to get yourself and family out of harm’s way. What now? Here are some bugging out precautions to aid you in reaching your goal.

Avoid The Highways. In a general retreat, you can be sure that the highways will turn into parking lots. The U.S. highway system is not designed to handle the amount of traffic needed for a general evacuation of any major city. 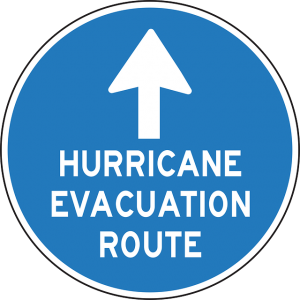 There are evacuation routes selected and even signs showing where they are, but that doesn’t mean that those evacuation routes will work. You’re going to be a lot better off sticking to side streets, rather than going the same way as everyone else.

Find yourself a number of ways to get out of town that is as far from the highways as possible. Don’t even think of using side streets that are close to major highways and thoroughfares; find the ones that nobody else will use. Those will be the quickest way out of town.

If you have to leave your vehicle and set out on foot, then go cross-country. That way, you have much less chance of running into other people. While many of those other people will be self-sustaining, there will be some who see you as a means of supply and look for an opportunity to steal from you or harm you for your stuff.

Avoid a Close Bug-Out Goal. If you are going to go through the trouble of leaving, you want to make sure that you have a go-to location that is far enough away from your home that it won’t be affected by any regional events. While having an alternate site is a good idea, you probably won’t be as prepared to use it as you will for your primary.

Avoid Looking Prepared. I know a lot of you like the idea of a nice big 4×4 truck for a bug-out vehicle. There might be a good reason for having one, but don’t have it just because you think it makes a cool post-apocalyptic vehicle.

Avoid dressing in camo style clothing and anything else that makes you look like you know what you’re doing. 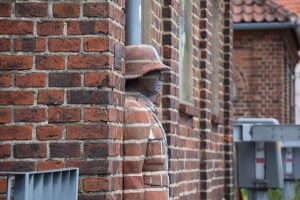 As people’s tempers rise and they get more desperate, you might just end up looking like a target.

Avoid Visible Weapons. While I am not a firm believer in carrying weapons on a bug-out, and if you do, I don’t think those weapons should be obvious. In much of the country, you don’t want to invite attention from the authorities.

You might also attract those desperate people who didn’t bring any supplies with them. Just having a visible weapon might be enough for them to think that you have something worth stealing.

The big problem here is who surprises who. If you’re walking around with a gun, then anyone who wants to steal what you have will probably make sure that they’ve got the drop on you, if not shoot you outright before you know they’re hunting you. On the other hand, if you have it hidden, you can surprise them if they try and attack you.

Again, I do not believe firearms should be on the list of your bugout precautions.

Avoid Taking Too Much. While it is necessary to take enough equipment and supplies with you to survive, you don’t want to take so much with you that it will impede your movement if you have to abandon your vehicle.

Since the possibility of having to abandon your vehicle is high, that really limits how much you can take. One way that you can increase the amount you can take with you, without slowing yourself down, is to build a lightweight cart to carry your supplies.

This needs to be something that you can use cross-country because staying on the roads on foot is a bad idea. With such a cart, you can carry much more and not tire yourself out.

Avoid Leaving Too Late. This I believe is the biggest mistake. If you think that it might be time to bug out, then do it. Don’t wait! That first inkling you get might just be the warning that keeps you going. Remember, you can always head back home if it turns out everything is okay. But you can’t turn the clock back if you didn’t leave when you should have.

Bugging Out Precautions With Family

All this talk about leaving and you may ask yourself ‘leave with what’? Here are some things you must have packed and ready for any ‘bug-out’ for a family of four:

Water and hydration This is the most important and must-have essential in a bug out bag. Various scientific researchers have shown that the human body can go without food for about 3 weeks but cannot function if it goes without water for more than 72 hours.

It is therefore very important to include water in your bug out bag especially if your family of four includes children. We recommend that you should carry at least 10 to 12 gallons of water to keep all four family members well hydrated.

When surviving or just bugging out, it is important to have multiple plans. Portable water filters like life straw can serve as a good secondary plan and can save both your life and that of your family members just in case you run out of water.

It’s also important to include medications in your first aid kit to help treat injuries that are not topical. Some of the things to include under this category include eye drops, anti-diarrheal, eye drops, antihistamine, stomach medication, and fever reducer.

And please don’t forget any prescription medicines someone might be on.

A radio. This is a very crucial survival kit that many people usually overlook when coming up with a list of things to include in a bug out bag. When disaster strikes, you need to be alert and informed.

There are high chances that your mobile phone may not work due to the high level of traffic or downed towers but the radio will work provided you have good batteries or one of those hand-crank jobs.

Lighting It is a good idea that you carry multiple sources of illumination so that you can have a backup just in case one fails. For instance, a flashlight will help keep the camp well lit just in case rain makes it hard for you to put up a fire. All your family members need to be included as the owner of a flashlight. Again, don’t forget working batteries.

Self-defense supplies There is no doubt that this is a hot topic. However, you never know what is awaiting you when disaster strikes. It is therefore very important to carry self-defense aids such as pepper spray to defend your family just in case you find yourself in a position where you have to protect your family.

Food You got to eat.  You and your family members cannot survive for long without food. In fact, very few people can survive for more than two weeks without eating something. The mistake that most people do is carrying foods that are perishable. When disaster comes in, you never know when it will end or when help will come knocking. It is therefore very important to carry ready to eat foods.

Lighter & matches You never know when you will need to light a fire to warm your family, cook, boil water, keep wildlife at bay, a signal for help or even sterilize medical equipment. Sincerely speaking, without fire, it will be very difficult to survive for long when disaster strikes.

Personal care aids think of basic hygiene and you will think of toothbrushes, soap, wipes, feminine products, and extra diapers if needed. It’s amazing how many people forget about those diapers before a crisis hits!

Bugging Out And Going Home

The biggest risk you will face if you have to bug out is from other people. While there may be hundreds of thousands of people in your city who are all trying to get out at the same time, keep in mind only a handful will be truly prepared.

Keep that in mind in all your planning and develop ways to avoid becoming a target in a desperate survivor’s gun sights.

Planning well and way ahead of time will put you in the position of getting yourself and family back home again in one piece.