How To Communicate Without Power0

How Do You Communicate Without Power?

It was not too long ago that a major hurricane (she was called Wilma) passed through my area and devastated not only the power grid but also the cell phone services.

I had no way to get in touch with family and friends. My wife and I were isolated.

So how DO YOU communicate without power? 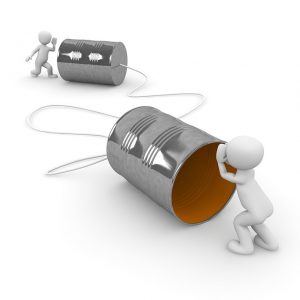 This post will direct your attention to nine communication tips and remedies during a situation if the grid goes down.

Some old-fashioned means to an end to some common sense prepping ideas that you should adhere to.

Pretty much all modern communications depend upon electricity. It doesn’t matter if you’re talking about radio, television, the Internet or telephones, every device we count on to communicate uses electricity for its power source.

Should the grid go down, those devices will cease to function.

Nevertheless, if there is one time when some form of communication is needed, it’s during a major catastrophe.

You’ll need to be able to find out what’s going on, inform family members that you’re okay, and find information to survive. Without the ability to communicate, all problems will be magnified.

9 Tips For Communicating Off The Grid

Battery-Powered Radios. To start with, you should have a battery powered radio. Even better is to have a radio with a built-in generator. While not common, these devices are specifically designed for use in undeveloped areas or in the case of emergency. With one, it is possible to tune in on the emergency radio broadcasts to receive important information about what’s happening.

Those radios with a built-in generator are pretty cool. There is a fold-out hand crank in the front which has to be cranked several dozen times to give the radio some power for a limited time. Power goes down, start cranking again.

Consider it your ‘get out of jail pass’ whenever you forget to get batteries and the ones in that radio you need right now are leaking all over the kitchen table because they are several years old.

They were easily available at Radio Shack, but we all know how that will turn out. Try Amazon or Walmart. They got them.

However, circuits will probably be overloaded, and you’ll likely have trouble getting your call to go through.

And just because your cell phone does not work does not mean your neighbors’ cell service is down.

While my cell phone was inoperative right after Wilma, my next door neighbors cell phone worked just fine.

And my neighbor across the street has a land line. Worked fine also, (I put a landline back in my house, they work off a different power supply than your toaster.)

Ham Radio. The worldwide ham radio network is probably the most reliable communications system in existence, perhaps even more reliable than government systems. 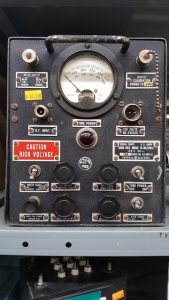 The thousands of ham radio operators use their radios to communicate with friends around the world. They also stand ready to serve the community during all types of emergencies.

While other communications might be down, if you have a short-wave radio, you’ll be able to find out what’s happening by listening to the news that these hobbyists provide.

That battery operated/ hand crank radio I talked about before has a short wave option/switch included with it.

Going back to those ham radios and taking that a step further, you may want to consider getting your own ham radio license. To do so, you have to take a class and pass a test on basic radio theory. The Morse code test is no longer necessary and has been eliminated. With a license, you are able to both transmit and receive over ham radio frequencies.

Portable Two-Way Radios. There are a number of short-range two-way radios on the market that could be excellent for family communications in a grid-down situation.

Typically, these radios have a range of three to five miles, enough for your home and neighborhood.

If the power outage is accompanied by (God forbid) general social unrest, these radios would be a necessary part of your home defense system, allowing family members to contact each other when an attack is imminent.

If you still have a landline, you will be able to plug into the wall. The speed will suck, but at this point in time, you might welcome any sought of live communication!

Lots of Batteries. In today’s world, where we use so much electronic equipment, batteries are important. Whatever communications devices you use, you’ll need batteries to run them. Stock up. Fortunately, one of the major manufacturers is now advertising a ten-year shelf life for its products.

Solar Charging. In addition to a good stock of batteries, it makes sense to get a solar battery charger. Unless you live in a place where it rains 350 days per year, you probably have enough sun to charge your batteries and keep your communications running.

Car Charging. It never ceases to amaze me on just how many people forget about this. When my brother was without power for over 10 days after a hurricane his cell phone worked fine however he told me he could not talk long for fear of losing his charge.

He has a perfectly good running car with a battery. Plug the thing in..

Some Survival Communication Options On The Web:

The Scanner Radio app is nice and another survival communication idea.

IF someone has a scanning receiver set up for the area you want to listen to. In the larger cities and municipalities such as Los Angeles, Houston, or New York, it will most likely work.

Listening in on the local law enforcement and fire rescue authorities will give you a pretty good idea of how good or bad things are while you are in an ‘out of touch mode’.

We have come a long way in our quest to communicate with each other:

And then came a higher bar of technology. And today we take things for granted.

The biggest problem people will face in communicating during a grid down situation actually resides in their homes. Without electrical power in the home, many of the items we use to communicate won’t be functional.

However, with battery-operated devices, such as cell phones and laptop computers, we can have some communications available to us, even if extremely limited.

The key to ensuring communications in such a situation is to have several means available to you, as well as a reliable source of power. Each situation will be unique, and the communications that are functional in one situation may be different than those available during a crisis of a different kind.

With a variety of systems available, you can continue trying until you find one that is up and running.

Or we could go back to carrier pigeons!